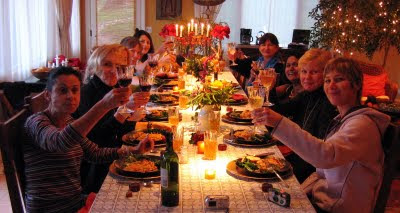 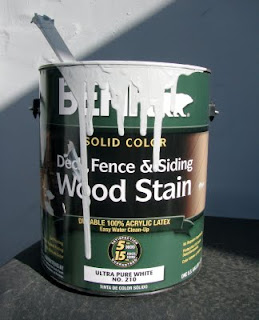 When I was served wiggling abalone at a sushi bar as a kid, I said I would eat anything as long as it wasn’t moving. I never realized, however, that that statement would extend to opaque, gray wood stain. 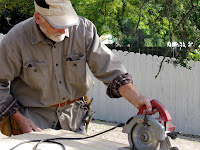 My dad and I have been building a chicken coop in my backyard so I can raise a small flock of hens for fresh eggs. This project has made me realize that I am better suited to the kitchen. Construction is hard and frustrating. The skin on my fingers is rough and peeling from pulling chicken wire and my shoulders are sore from hammering and in need of a good soak in the tub.

Since it was immediately evident that “beginner’s luck” was not going to help my carpentry ineptitude, I was relegated to hammering and painting. My dad’s mantra was, “It’s a chicken coop,” which meant “It’s okay if it looks like crap,” which I think he only half meant. 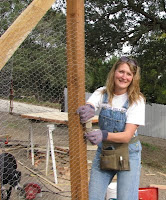 My arms extended above my head painting a beam, suddenly out of nowhere, a huge drop of stain fell into my open mouth. I had been saying throughout the day that my favorite part of construction was stopping for lunch, but I didn’t mean for it to be like this! (My dad said that in all the years he’s been doing construction—and he did it professionally for at least 20—he’s never seen this happen!)

There are no photos of this (though that would have been a nice addition) because I immediately started spitting the toxic substance out of my mouth. The more I spat, the worse it tasted. My dad, both concerned about the chemicals I was ingesting and entertained by the comedy routine I was unknowingly performing, instructed me amid bouts of laughter to run inside and rinse my mouth.

When I looked in the mirror, not only was my tongue stained gray, there were also streaks of paint across my face. My initial reaction was to grab a bar of soap and wash my tongue just as my childhood friend’s mom did to the neighbor boys who used bad words. I shoved the oversized bar of lemon verbena soap into my mouth and proceeded to scrub my tongue, completely oblivious to the reaction this would bring about. My entire life I’ve been plagued by an overactive gag reflex. As a child if I coughed or laughed too hard I threw up, and as a teen the dentist had to do my fluoride treatment in two rounds to keep me from spitting up all over him. The gagging expelled the bar of soap from my mouth. Looking for a better alternative in the medicine cabinet, I settled on brushing my tongue with my toothbrush coated by a mound of toothpaste, which is what I should have done initially. While this did nothing to help with the gagging, it was successful in ridding my tongue of the opaque wood stain.

Although I am a somewhat adventurous eater, I do have limits. Wood stain will join the ranks of eyeballs, coagulated blood, maggots and other such world “delicacies” that I do not plan to taste anytime soon. This said, I love trying new things and experiencing new flavor combinations. Surprising dinner guests with an unusual pairing that lights up the tastes buds is a big part of the fun of cooking. 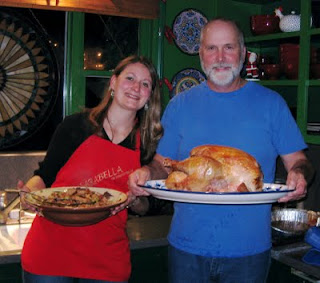 The one place, however, where I am against rampant experimentation and wildly exotic flavor combinations is the Thanksgiving table. I’m all for “gourmet,” but I prefer it to play second fiddle to tradition on Thanksgiving. I love trying new dishes for Thanksgiving, but I prefer it when they compliment the meal rather than define it. When I was in 8th Grade, my parents had a friend to Thanksgiving dinner who brought stuffing. Who doesn’t like stuffing, right? This one had pears, oysters, and Parmesan cheese! I’m still haunted by it. Yuck! Over the years I too have experimented with adding new things to stuffing, but I have not strayed beyond sausage, pecans, and chestnuts. Usually I end up sticking to the old standby that my dad and I have been making together for years: bread (whatever we have, which is usually some combination of sprouted wheat and white sourdough), sautéed onions and celery with poultry seasoning or fresh herbs from the garden, lots of melted butter, and a bit of chicken broth if it seems too dry. 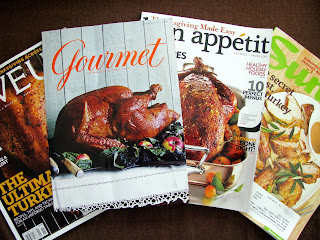 I subscribe to a number of cooking magazines, and I can’t help laughing every year when the November issues come in the mail. Of the six food and living magazines I received this year, four of them have roasted turkeys on the cover. The fifth one has a painting of pomegranates, but the lead article is for stuffed turkey. For obvious reasons, the only magazine that does not promise a “new and improved” turkey recipe is Vegetarian Times. I actually kind of feel sorry for these magazines having to reinvent the wheel every year. How many different ways are there really to cook a turkey?

I do, however, get caught up in the Thanksgiving fervor and will more likely than not voraciously scan each of these magazines looking for new inspiration for our meal this year. Generally, I stick to old favorites for the turkey, stuffing, cranberry sauce (though I usually make two versions—one traditional and one more nouveau), and pumpkin pie. I save my innovation for the potatoes, vegetables, and occasionally a second dessert. And who knows, perhaps one day I will give in to Saveur magazine’s “Ultimate Turkey” or Bon Appétit magazine’s Clementine-Salted Turkey. 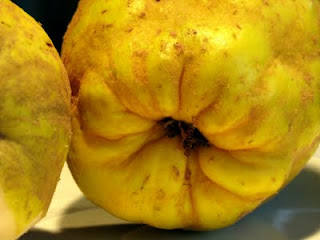 I’m always intrigued to discover that what is traditional for me might be unusual to someone else and what is sacrilege to me (like oysters in the stuffing!) is common in other households. Most likely I will not be eating mashed sweet potatoes with marshmallows or green bean casserole with mushroom soup and freeze-dried onions this year, which are traditional across much of the United States, but I will be introducing my new recipe for poached quince in white wine and honey and perhaps experimenting with a new dinner roll or two. Thanksgiving cooking to me is about sticking to my own personal tradition of doing a few things the same every year while at the same time experimenting with a handful of new ideas. Over the years I have eaten Thanksgiving dinner in many different homes with many different families, and I have enjoyed learning about others’ traditions and incorporating them into my own.

This year I told my guests to bring whatever makes Thanksgiving “Thanksgiving” for them. I’m looking forward to the macaroni and cheese with Prosciutto that was suggested by one friend and the pumpkin soup to eat while preparing the rest of the meal offered by another.

I have no doubt that opaque wood stain will never feature on my Thanksgiving menu. I am, however, looking forward to sharing this fabulous holiday with friends and family and enjoying a delicious blend of traditional dishes while making room for titillating new traditions. Thanksgiving is—I’m sure this is no surprise—one of my favorite holidays.
Posted by Unknown at 2:21 PM