How to Relieve Stress and Get Back Your “Flow” 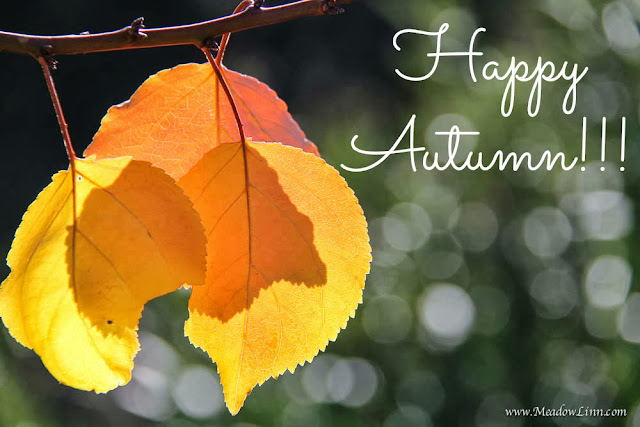 I nearly ran out of gas this morning. The orange light glared at me from the dashboard with its menacing, ominous glow. There’s a gas station just a couple blocks from my house, but I’d left my purse at a friend’s home the night before, and there wasn’t enough fuel in my car to retrieve it. So, I ransacked my bedroom in my pajamas looking for cash, but apparently I’d already spent the “in case of emergency” money I usually keep hidden. Then, I overcooked my eggs and tripped on the dog food.

I’ve been feeling a bit off-kilter for the past few days. The blues have come and gone like the ebbing and flowing of the tide. Rather than greeting the mornings with a grand ‘ole “Hooray! Welcome new day!” it’s more of an “Oh no, another day.”

I have a fair amount on my to-do list, but to be truthful, I’ve done a lot more with a lot less time in the past. But, stress doesn’t always follow the laws of reason. An impending deadline can warrant a feeling of dread and despair one time and the next time, it’s no big deal. Sometimes when faced with the exact same to-do list, I can feel as though everything is in the flow and other times it’s like swimming upstream.

A few days ago my mom and I went apple picking at a nearby orchard. Although I’d been struggling to write a magazine article and I was stressed I wouldn’t make my deadline, I knew that skipping town for a couple hours was exactly what I needed.

Although it seems like the best way to relieve overload would be to buckle down and plow through the to-do list, I’ve found that I’m more productive when I feel good. Spending time being active outside seems to help the most, but I’ve also found that going to the gym, cleaning my house, and meeting a friend for a meal are all useful ways to get out of my head. In many ways, it’s like hitting the “restart” button on my Mac. It gives me a chance to reboot. The more active I am, the better. It has to be an activity that consumes my brain enough that I can’t continue to ponder all the things that I “should” be doing instead. 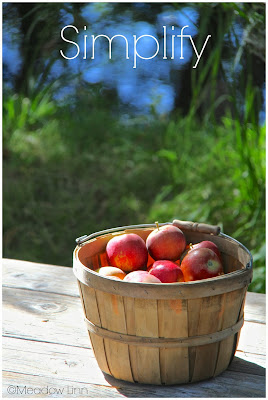 This morning, for instance, after finally getting gas for my car, I went to the gym and then when I returned home, I spent an hour vacuuming the carpets, scrubbing the sinks, and making the beds. All the activity (plus the fact that my house was now clean!), made me feel better. Later, when I spilled a full cup of coffee on my white couch, it was no big deal. My flow was back. Spilling coffee may seem “out of the flow,” but my reaction is what changed. And, to be honest, that’s all that really matters.

Now, the tasks on my to-do list don’t feel nearly so daunting, and the magazine article took shape with ease.

Although there are myriad causes for feeling out-of-sorts, it can be valuable to ask yourself: “Am I stressed?” Often when I feel like the world is imploding around me and nothing seems to be going
right, the root cause is stress. Once I acknowledge that my life doesn’t actually suck; I’m just feeling overwhelmed, I can find a way to change my state. If the blues are really strong, you might first need time to process or hideout in bed, but when you feel up to it: crank up the tunes and dance, go for a fast walk, or plan an outing with friends. Going to the beach with my dog is one of my best mood shifters.

“In the Flow” Apple Pancakes
(Gluten- and Dairy-Free)

One of the great things about going apple picking was getting to come up with lots of ways to eat apples. I was so “in the flow” when creating this recipe that the ingredients and quantities seemed to magically reveal themselves. For instance, although most pancake recipes call for only one egg, somehow intuitively I seemed to know this recipe would need three. At the risk of sounding nuts... a voice in my head told me two teaspoons of lemon juice mixed with coconut milk would be necessary to mimic the flavor of sour cream apple pancakes, which I’ve never even eaten before, but the compulsion to create them was strong. I didn’t even need to tweak the recipe or do multiple test batches; these came out perfectly the first time!

3) Peel and core the apple. Grate the apple using a box grater or food processor fitted with a grating disc. Add the apple to the flour mixture, and stir to combine.

5) Melt a bit of coconut oil in a medium-hot pan or griddle. Using a ladle or small cup, pour enough batter onto the griddle to make a four inch pancake. Cook until the bottom is golden brown and the top is covered in bubbles, flip and cook for a few minutes more on the other side. Repeat. Enjoy with maple syrup and your favorite non-dairy spread (or good 'ole fashioned butter). 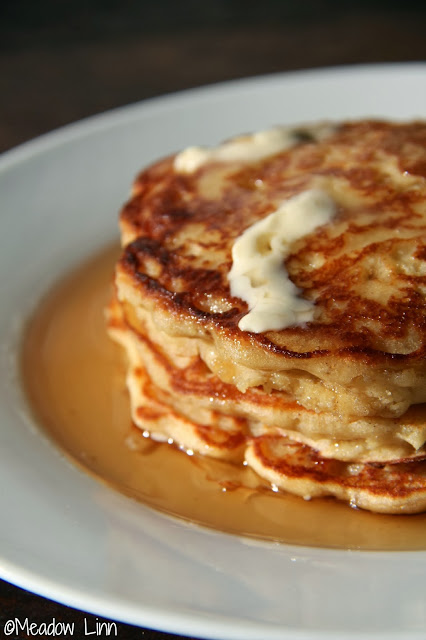