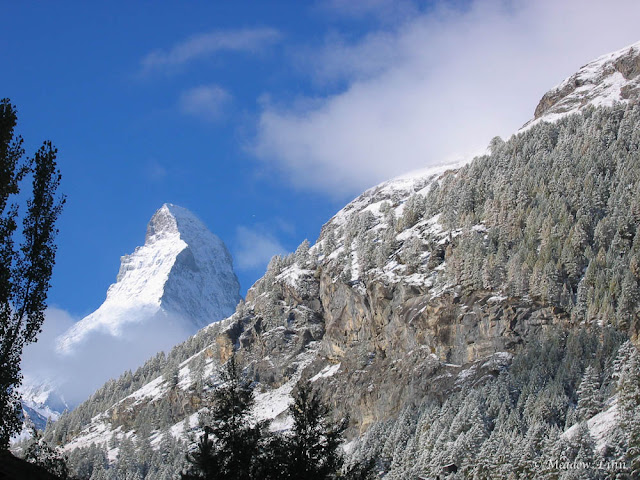 There are some things we do because we know they work, like exercising and brushing our teeth. There are other things we do simply on faith because we hope or believe they work. Prayer is one of those things. I don’t consider myself religious and up until a few years ago, I wouldn’t have even said I was particularly spiritual, even though I was raised to believe in more than what can be seen. However, prayer is something most of us have tried at one time or another when faced with a big enough challenge. 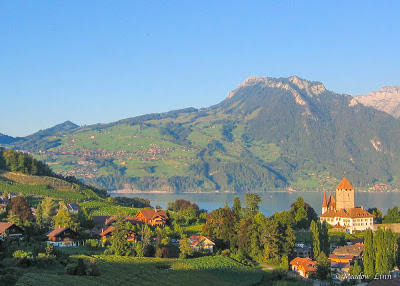 A number of years ago I was chaperoning a group of teenagers on a cycling trip through the Swiss Alps. The route was beyond my skill and physical fitness level. And, it didn’t help that I was also recovering from the flu. As a chaperone, I was expected to pull up the rear, which meant that I—the weakest cyclist—had to stay in back in case any of the students needed assistance. This also meant that as my legs grew increasingly fatigued and felt more like pudding than the chiseled-muscle-machine they needed to be, the distance between the nearest student and my puttering bike continued to grow like a deep chasm.

The mountain stretched in front of me as far as my eye could see. Up. Up. Up. There was no end in sight. My thighs burned, my breathing was labored, and tears were threatening to stain my cheeks. All alone with nothing but the humming of bees and the occasional bird for company, I was frustrated, embarrassed, and feeling very abandoned. In a fit of utter hopelessness, I began to pant under my breath, “Please help. Please help me.”

Since we were riding through military land, only bicycles and official vehicles were allowed on this desolate stretch of road. And since it was Sunday, I had yet to even see a vehicle. But, as I begged for assistance, I kept envisioning someone coming to my rescue.

To my sheer amazement and delight, a few minutes later, a Jeep drove by. My jaw nearly fell to the ground. Although totally enamored with my good fortune, I was too embarrassed to flag it down. This was not uncommon for me at that time in my life. On a number of occasions, my prevailing shyness had prevented me from actualizing my heart’s content and speaking my truth.

So, on top of the raging anguish I was already feeling, my childhood disappointment about missing out on things because I was too timid to speak up was reactivated, further adding to my ragged state.

The Universe decided, however, to provide me with one more opportunity.

Another Jeep came along. As I hemmed and hawed about whether or not to ask for assistance, I missed my window and it passed me by. Yet, my prayers were still answered. Just as I was getting up the courage to throw my bike in a ditch and run after the Jeep, it pulled over. Before I knew it, one of the Swiss Army men grabbed by bike and tossed it in the back of the Jeep and told me to hop in. As though they sensed my reticence, they didn’t ask, they just acted. We drove up the road, climbing higher and higher. Eventually we passed the students and the other chaperone. I leaned out the back of the Jeep and waved as they stared at me, mouths agape.

When we reached the crest of the mountain, I bid farewell to the men, and then proceeded to take a nap in an Alpine Meadow while I waited for the others.

Even though I wasn’t sure I even believed in prayer, my intent was so strong that when I’d asked for help, the Universe provided me with exactly what I needed. Not only was I presented with the rescue I longed for, but also I was given an opportunity to work through my natural tendency to hold back. Plus, driving in the back of a Jeep with the Swiss Army is an experience I will never forget.

What in your life do you do because you know it works or know it to be true? What do you do on faith? Do you find yourself holding back rather than speaking your truth? If the Universe were to intervene in your life at this very moment, what challenges would it help you overcome? What would you learn about yourself?

As I’ve been reflecting on my adventure in the Swiss Alps, I’ve been thinking about what would’ve helped me up that mountain. Not only was it physically challenging, but also it was emotionally challenging. The more distanced I became from the rest of the group, the lower my spirits. Climbing mountains—whether real or metaphorical—can be as much about working through interior limitations as it is about exterior ones.

So, I thought, What if I’d had a bag of trail mix in my pocket that gave me physical nourishment, but also contained special messages that would uplift and encourage me? Thus, Triumph Trail Mix was born!

If your coconut oil is solid, warm it in a small pan over low heat until liquid. Combine the cashews, almonds, and hazelnuts in a large bowl. Toss the nuts with the coconut oil and a dash of salt until evenly coated. Distribute the nuts in a single layer on a rimmed baking sheet. Bake for 3 hours. Remove from the oven and allow the nuts to cool until they’re crisp. When they’re cool, toss with the peanuts, cherries, and coconut chips. Mix in the words of encouragement. 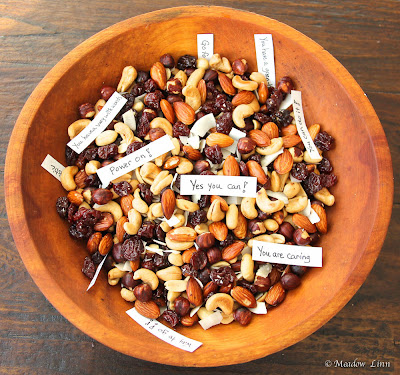 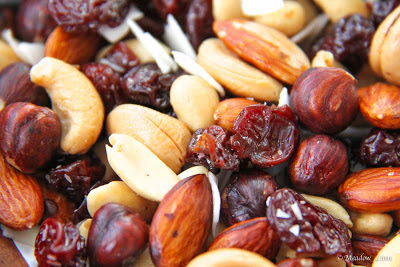 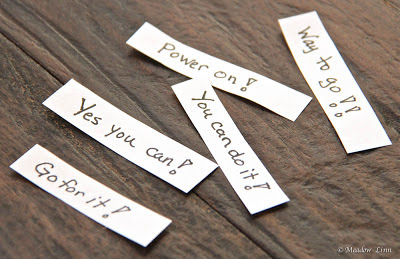