From Mexico With Love 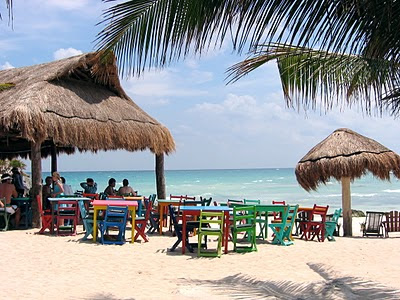 From Mexico With Love
With nothing but a couple of large backpacks and a Jeep, a friend and I ventured into the Yucatan peninsula a few years ago. We had beers on the beach and fish tacos in restaurants with sand floors. We drank coconut water from young coconuts and ate fire-roasted chicken with homemade salsas at roadside stands until the juices dribbled down our chins. We explored Mayan ruins on bicycle and swam in deep cavernous cenotes, the natural sink holes that dot the Yucatan landscape. Large and lazy iguana lizards posed for us in the sun and the elusive blue morpho butterfly fluttered its iridescent wings like a runway model showing off the latest fashion. 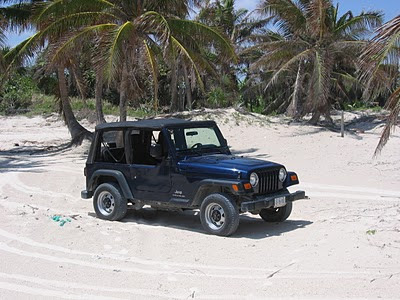 With all these adventures available in this rugged and wild part of Mexico, I was surprised when the guidebook listed a popsicle stand in Tulum as a "must-see." Until that trip I had never had a paleta, a Mexican popsicle made from fruit pureed with either water or cream and a bit of sugar. Paletas are thick and fruity and once you eat one, you'll want more. They have little in common with their American counterparts, which are often artificially colored and flavored. Paletas stores are sprouting up around the United States. I recently discovered an amazing paleteria in my town, but it's also quite easy to make your own at home. Big, beautiful peaches are starting to perfume the fruit aisles of local markets, and what better way to enjoy them than in an ice pop in the heat of the summer? The following recipes are my Americanized version of a Mexican paleta. 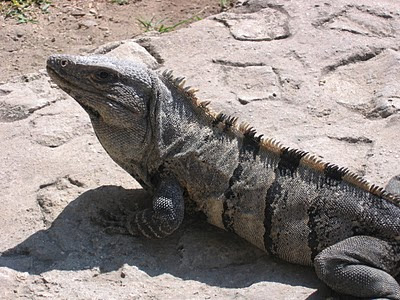 Peaches 'n Cream Paleta
The tale of two popsicles:
One so healthy, fresh, and delicious it could be eaten for breakfast. The other, so rich and decadent it could be served as dessert at your next dinner party. 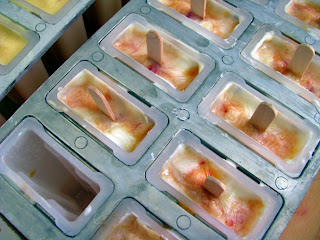 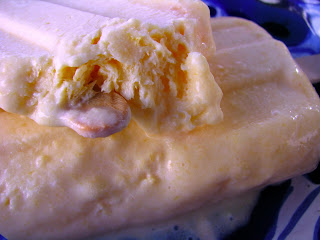 In a blender, puree the peaches (reserving two peach halves to add at the end), sugar, and juice. Add the whipping cream, half & half, and vanilla and blend just to combine. Chop the remaining two peach halves and mix with puree. Divide evenly among 10 3-ounce ice pop molds. Insert popsicle sticks and freeze until firm.

*If you do not have an ice pop mold, plastic glasses, Dixie cups, or muffin tins can be used. Without a mold, you may need to wait until the paleta is partially frozen before inserting the popsicle stick. Popsicle sticks are available at most craft stores. 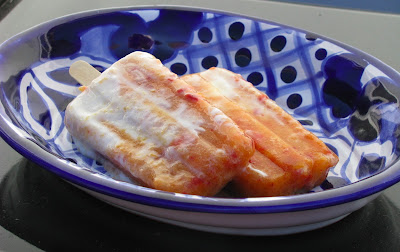