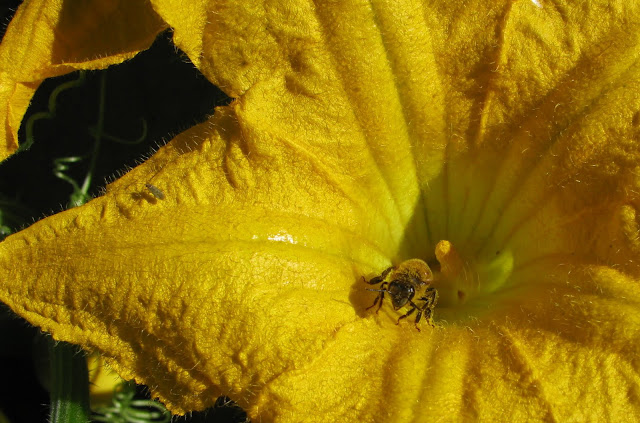 My best friend’s mom strolled into her kitchen, her cheeks smudged with soil and her mouth curved into a contagious grin. Delicately cradled in her sun-bronzed and freckled arms was one of the largest zucchinis I had ever seen. We eagerly scurried to her, our bare feet making tapping sounds on the stained, brown linoleum. Alice, my friend’s mother, had decided to take up gardening that summer. Tall, dark trees surrounded her yard, allowing in very little sunlight. But, Alice had somehow managed to get permission from the City of Seattle to commandeer a neglected a plot of public land. She was never short on energy or ideas and spent many long afternoons digging and hoeing until eventually she had made a vegetable garden in that abandoned bit of dirt. By midsummer, the plants were green and robust and putting out their first fruits. My friend and I cooed over her massive squash and agreed with her that it certainly was large enough to win a ribbon at a county fair, though secretly, even at that age, I knew that big didn’t mean better when it came to zucchini.

Since I was old enough to leave home without getting overly homesick, I had spent a few weeks each summer in California with my grandparents. The highlight was hanging out with my grandpa in his garden. From him I learned to plant corn in a rectangle so that it would pollinate properly and to water fruit trees at the drip line, which is where the roots are. But I also learned to revile large squash. Whenever he would find an overripe zucchini, as though affronted by its mere existence, he would rip it from the vine and slam-dunk it into the compost bin. He called them “footballs” and when I had wanted to save some of them, he told me that they were stringy and full of seeds and not worth my time.

I’m grateful to my grandfather since my love for vegetable gardens and a great deal of what I know about gardening, I gleaned from our summers together. However, Alice’s absolute delight at what she could reap—even if not of prime culinary quality—from a few small seeds planted in a patch of destitute earth has inspired me over the years. To her that massive and overripe, seed-filled zucchini was the ultimate reward for the hard work and love she put into the earth, and it didn’t matter to her that it wasn’t the best tasting zucchini. 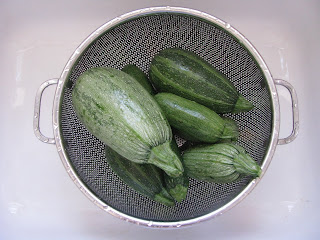 After years of growing my own summer squash and cooking professionally, I tend to be more like my grandpa when it comes to deciding which specimens to keep and which to compost. However, like Alice, I jump up and down every time I find a delicious vegetable in my garden and swell with pride.

Often the effort we put into something has a direct correlation with our satisfaction. If you are a picky eater or if you have children who won’t touch a vegetable with a ten-foot pole, grow a vegetable garden. It sounds like a crazy idea, but you may discover a latent penchant for kale, tomatoes, or zucchini as a result of the love and time that you put into your little patch of earth. Regardless of whether you grow tender young zucchini or leave them on the vine until they’re large and full of seeds, there is power in growing your own food, be it a small pot of mint on your kitchen counter or an acre of vegetables. I’m constantly in awe of nature’s majesty when I see what one tiny seed can become.

What other things in your life might you perceive differently if you spent time tending to them and nurturing them? 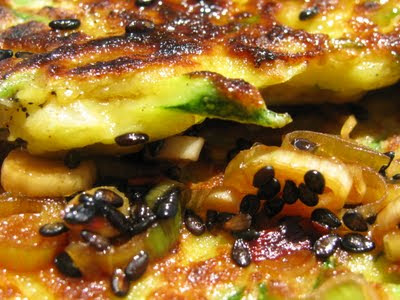 Asian Zucchini Pancakes
Anyone who has ever had a vegetable garden knows how zucchini and other summer squash can pretty much take over your life during the later summer months. Luckily, there are so many delicious ways to eat zucchini and enjoy its bounty. This is one of my very favorite recipes for zucchini. It’s so good that you might even wish you had more zucchini! 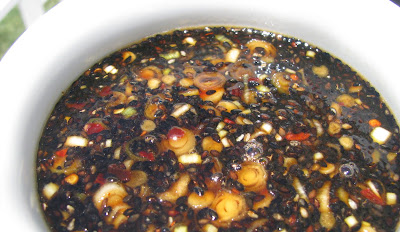 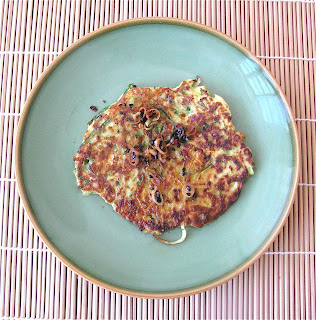 *Sweet rice flour is made from glutinous (sticky) rice, but it isn’t sweet and doesn’t contain gluten. It has a fine texture and is often used as a thickener. It can be purchased in Asian grocery stores, natural food stores, or online.

Using a food processor fitted with a shredding disc, grate the zucchini. To remove the excess liquid from the zucchini, bundle it in a clean dishtowel and squeeze. This is best done in multiple batches. Since this can be messy, do it over the sink. Put the dry zucchini in a large bowl. Grate the onion and ginger in the food processor and toss with the zucchini. Mix the zucchini and onion with the egg and sweet rice flour until fully combined. Heat a generous splash of vegetable oil on medium high on a griddle (about 400˚F on an electric griddle). With a large spoon, scoop about ½ cup of batter and flatten into a pancake on the hot griddle. Cook each side until golden brown and crispy (2-3 minutes per side). Add more oil and repeat. 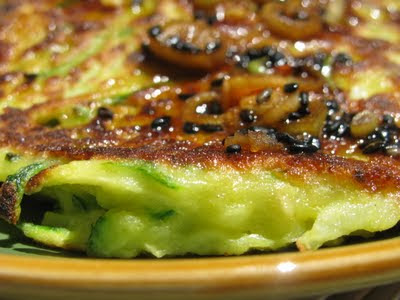 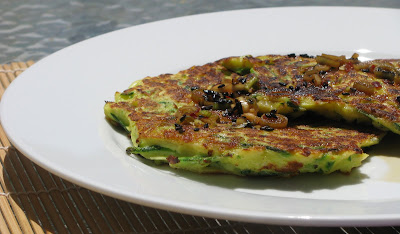 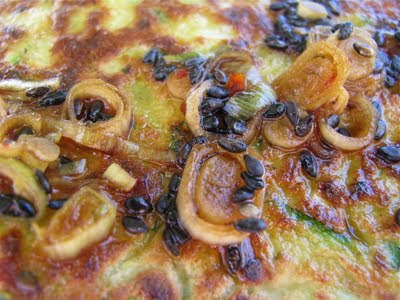