The Genius of Intuitive Laziness 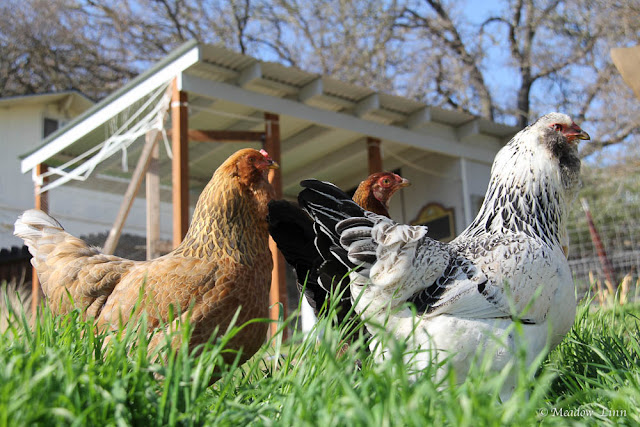 I’m a procrastinator. This is not, however, an identity that I readily welcome. I see myself as someone who gets things done and doesn’t waste time avoiding when I could be doing. But, the unfortunate truth is that frequently I put off things like taking out the trash, paying bills, and going to the gym. Why do today what I could do tomorrow, right?

In many areas of my life I’m organized and efficient, but in others I successfully postpone the inevitable. I’m discovering, however, that sometimes what we perceive as procrastination is actually our higher-self telling us that we’re not yet ready for what’s to come.

For instance, for 26 years I’ve been meaning to see the film Babette’s Feast. Yes, that’s right. 26 years. It won the Academy Award for best Foreign Film in 1987. Although I was only 9 years old that year, adults told me I would love this film since it’s about a meal that changed lives. But I never saw it. Six years ago someone gifted me the DVD, but it remained in its original cellophane. It wasn’t a good time, I wasn’t in the mood, I already knew the story… I always seemed to have a reason not to view this movie that everyone told me I should see.

I finally saw it last night. And, of course, it was magnificent. There was a reason I’d waited so long. I hadn’t been ready. All these years of so-called procrastination were actually, in a way, an incubation period. Although I’ve always been passionate about cooking, it’s only been in the past few years that I’ve come to fully comprehend the extent that food affects us emotionally and spiritually, not just physically. As a result, the film spoke to me on a deep level. I profoundly understood Babette’s need to create and share this gift, and I fully grasped the effect her meal had on the pious puritans with whom she lived. There was a message in the film for me. But only now was I open to it.

There have been many times in my life when I’ve put something off only to realize later I wasn’t just being lazy. Instead, it turned out that intuitively I knew I wasn’t ready to open the floodgate into whatever would come next. For instance, last spring a minister friend, who knows how much I long for a family, offered to add me to her prayer wall. In order to better focus her intention, she asked that I tell her specifically what I was looking for in a life partner. You would think I would jump on this opportunity. However, I kept finding reasons why I couldn’t make the list.

At first when she offered, I was in the middle of an intense catering job, and I didn’t want to just dash off a list without giving it much thought. Then, throughout the summer, I kept coming up with reasons why it wasn’t a good time. But then I realized…I’d been subconsciously stalling. I knew how powerful her prayers were, and on some level I knew that if I sent her the list, my man might materialize before I was ready. I’ve dreamed about finding a man for as long as I can remember, but the time hasn’t been right. I needed these years to become myself first. I feel as though I’ve been in a chrysalis stage, and I’m just now ready to emerge from my cocoon.

Are you a procrastinator? Some things just have to get done, regardless. However, other times, when you find yourself consistently and fervently putting something off, it might we worth examining why you’re avoiding it. Perhaps you’re just being lazy, but sometimes there’s a greater reason and understanding it can be powerful. 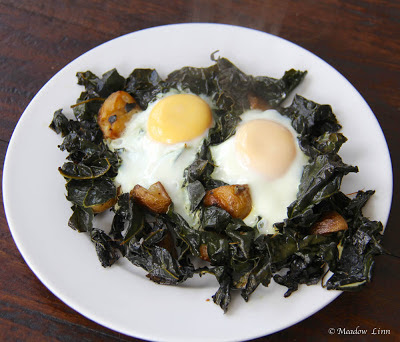 I love grocery shopping, but sometimes I even put that off. However, no matter how low the coffers get, I can almost always whip up some Eggs ’n Veggies. It’s healthy, delicious, and simple to throw together with whatever you might find in your refrigerator. I especially like using leafy greens such as kale, chard, or spinach, but roasted potatoes, steamed broccoli, asparagus, mushrooms, and even tomatoes can make a tasty meal. (Leftover spaghetti works too!) This is a healthy breakfast, but it can also be a satisfying lunch or dinner.

If using broccoli, potatoes, or other slow-cooking vegetables, it’s generally easier if they’re pre-cooked. This dish is a great use for leftovers. Sauté the vegetables with olive oil over medium heat until fully cooked (or warmed, if using leftovers). Crack the eggs on top (two per person is a good rule of thumb). Cover. Cook until the whites are cooked and the yolks are set. Enjoy!