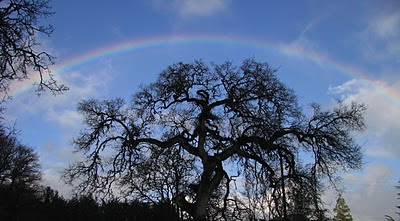 I’ve heard that the best way to find something is to stop looking for it. But how do you stop looking for something you really want? I’ve tried, and it just doesn’t seem to work. This time, however, has been different. I gave up scanning the produce aisle at the grocery store, expecting to see my man around the next bend, cruising online dating sites, and asking pitiful and unproductive questions like, “Why not me???” Instead, I’ve decided to do other things while I wait. I’ve been cultivating my garden (I have more heirloom tomatoes than one could easily eat in a lifetime), spending time playing with my dog and cats, spoiling my chickens with delicious table scraps, playing mad scientist in the kitchen, and enjoying life with me. This doesn’t mean that I haven’t shed a few tears along the way, but I finally feel like I’m starting to head down the right path, and the future I’ve dreamed of for so long feels like it could actually start to appear at any moment. 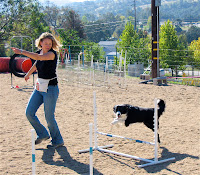 Waiting can be tedious, but I’m trying to remember that I’m living my life in every moment. Life doesn’t actually begin when I meet the right guy, find the perfect job, or have darling children. I’m living it right now, in this moment. I’ve always loved Samuel Beckett’s play, Waiting for Godot. Every time I read the story of the two men who spend their life waiting only to discover that Godot never comes, I’m reminded of the importance of making the most of the here and now. 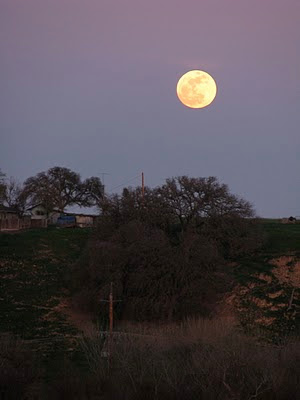 I like to imagine each of our lives as a constellation in the night sky. The stars represent the big events like a first kiss, a graduation, a new job, an award, a wedding, a baby, and whatever else sets itself apart from the rest. However, it’s the way we spend the time between each of those events that actually creates the constellation. Without those lines, our existence would be made up of nothing but an assortment of unconnected moments. Have you ever looked into the night sky and wondered how anyone could see a bear or a man with a belt, only to see it clearly after the lines were drawn for you? Those lines are the everyday stuff—including the boring, the mundane, the routine, and the repetitive—that actually make the picture of our lives. They can be spent waiting or living.

In my attempt to do more living and less waiting, I’ve been asking myself: How do you want the lines between the stars to be drawn? What feeds your soul and gives purpose to each day? 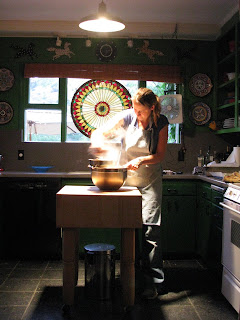 I realized that when I am being either creative or productive I feel the happiest. For that reason, cooking keeps me grounded since it allows me to feed both of those needs at the same time. Some people paint, others write or play music, yet others choose to run marathons or read good books in bed. What about you?

In my attempt to stop twiddling my thumbs and wasting time until something exciting comes along, I’m making a greater effort to savor each moment by having more fun and by doing the things that feed my soul. As a result, I’ve spent some very happy hours in the kitchen coming up with tasty treats that I look forward to sharing with you.


Smoked Salmon Crostini
As we enter the holiday season, informal gatherings, cocktail parties, and family dinners abound. I tend to shy away from making appetizers as they generally seem to be overly time consuming to make, especially when a cheese and cracker plate or a few crudités tend to be just as popular. This recipe for smoked salmon crostini, however, is not overly complicated. It is well worth the effort and will be a hit at your next party. Why not snack on a few of these while drawing the lines in your constellation!

Preheat oven to 350ºF. To prepare the crostini, pour the olive oil into a large bowl and toss with the sliced bread until evenly coated. Distribute the bread between two baking sheets and toast in the oven until golden brown, about 10 minutes. The bread may need to be flipped halfway through depending on the heat in your oven. When the crostini are cool, spread them with cream cheese and layer with a thin slice of smoked salmon. Top with the capers, red onion, and lemon zest. Enjoy! I’m hungry just thinking about these! 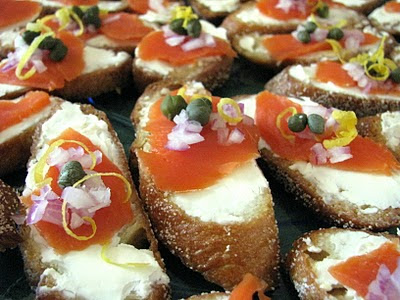