The Gift of Being Afraid 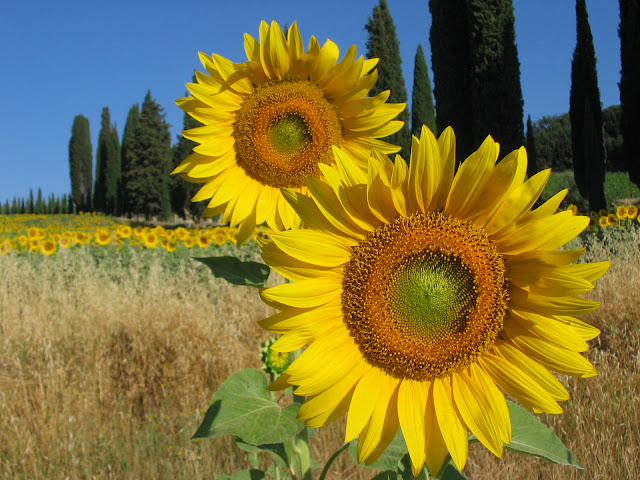 When backpacking through Italy in my early 20s, a friend and I ate our way through Florence, Rome, and small towns on the Amalfi Coast. Wanting to further our adventure, we took an overnight train to Sicily. As luck would have it, we arrived in Palermo on Easter Sunday. The entire city was shut down and there was nothing to do or see. While the majority of the population was at home feasting on lamb, we explored what we could on foot. In one particularly lonely part of town, a man on a motorcycle began to follow us. We quickened our pace, and unfamiliar with the sinuous streets, we found ourselves at the end of a road with no outlet. The motorcycle gained on us and eventually circled us with the motor roaring. While I was having visions of being the headline in the morning paper, he suddenly turned and sped off as quickly as he had appeared. Though shaken, we were otherwise fine and decided to hightail it back to our hotel. 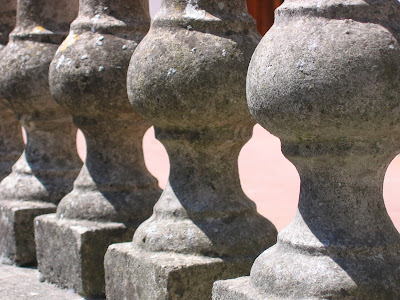 Around the same time, another friend told me that she wanted to do more things that made her afraid. I was horrified. Why would you willingly want to put yourself in that position? My friend explained that she wanted to step beyond her comfort zone in safe and reasonable ways in order to live life more fully. Thinking that maybe this would be good for me, I decided to join her in this pursuit. I auditioned for a college play, despite the quaking fear that welled up within me. I had only been in one play in high school and had very little acting experience compared to the other students; yet it felt really good to push past my nerves and go for it. It didn't really matter if I got a part. What was important was that I was trying something new and doing something that normally I would have been too afraid to attempt. To my absolute astonishment, I was given one of only three female roles. It was terrifying to audition, but I realized I was capable of more than I had thought. I ended up having loads of fun and gained new friends along the way. 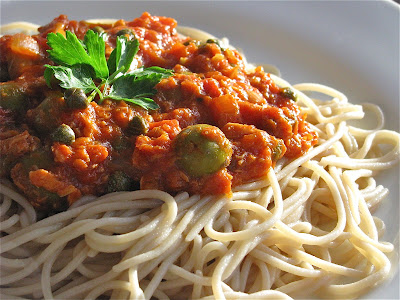 Fear is a powerful emotion. It can protect us from potential danger and it can bring cold sweats and rapid heartbeats. But the right kind of fear with the right kind of nurturing can push us to new heights. It can put us in touch with all of our senses and make us feel vibrantly alive. I encourage you to try stepping out of your comfort zone in safe ways, and be willing to fail and be bruised and brokenhearted. When I have gotten up the courage to do so, I revel in the fact that I didn't sit around and wait for life to happen to me. 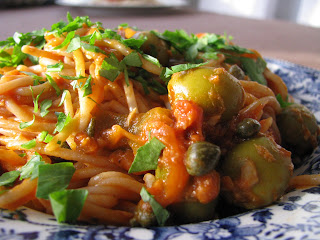 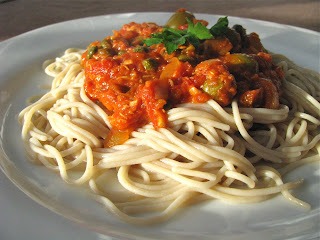 Sicily is a beautiful island and Palermo is an intriguing city. While I was there, I had a pasta dish so unusual that it holds a firm grip on my taste memory. The sauce, a local specialty, was made with an alluring combination of tomatoes, fennel, and sardines. The following recipe pays homage to the flavors of Sicily but with somewhat more subtle flavors. This scrumptious and easy to prepare pasta sauce is certain to become part of your weeknight repertoire. 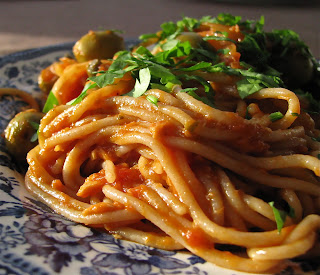 In a sauce pan over medium-low heat, sauté the onions and garlic with the olive oil until soft and translucent, about 10 minutes. Add the tuna and stir a couple times to allow the tuna to absorb the garlic and onion infused oil. Mix in the pasta sauce, olives, and capers. Bring to a simmer and serve immediately or for best flavor, allow the sauce to simmer on low for 30 minutes to give the flavors a chance to blend. Serve with spaghetti, and top with fresh parsley, Parmesan cheese, and red pepper flakes. Buon appetito!
Posted by Unknown at 4:12 PM