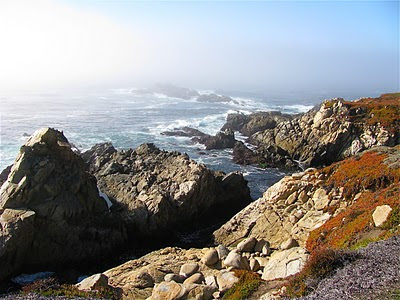 Food has an amazing ability to help us recall the past. The taste of chamomile tea, for instance, transports me to the Cascade mountains when I was about 12. It's evening and I'm cradling a warm cup of tea in a rustic lodge. Fresh tomatoes, one of my favorite scents, remind me of August in my grandfather's garden. And who doesn't associate peppermint sticks and roasted chestnuts with the holidays? 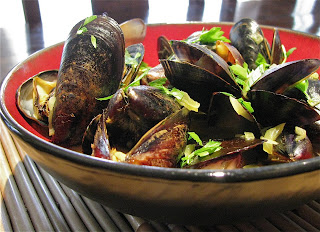 Memories associated with foods are often involuntary and vary greatly from person to person. Steamed mussels remind me of Paris. A bowl of succulent mussels swimming in a deliciously rich broth makes me crave the thin and crisp fries that are served alongside. The aroma brings visions of small bistros and long walks along the Seine. Yet, mussels transport my childhood friend to a beach on Puget Sound where I supposedly forced her to eat a raw one. Although my memory of this event is vague at best, my friend likes to remind me that after she smashed one on a rock, I made her eat it since she had killed it. Mussels for my parents, on the other hand, remind them of the cold and harsh winter they spent on the Northern California coast the year before I was born. They had so little money that even a loaf of bread or a gallon of milk often felt like a luxury, yet on the rocky shore below where their small cottage perched, they could collect bushels of free mussels. 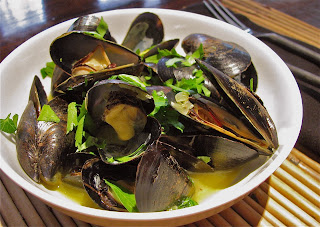 Which of your memories are linked to a taste, a smell, or the feel of a crumbly cake on your tongue? What foods do you go out of your way to make, just to be reminded of a particular moment from your past? Which foods do you avoid, not because of their flavor or calorie content, but because of the feelings they stir inside of you? Take a moment to reflect on your food memory. You might be surprised by what you discover.

Steamed Mussels
Rather than a recipe, I'm going to suggest a framework from which to start. I used to be afraid to cook mussels because I had no idea what to do, but luckily on a warm summer evening in Brittany, a French friend taught me that preparing mussels is quite simple. Plan about one pound per person. If you can, purchase them de-bearded and scrubbed. If not, you'll have to do that before cooking them. Discard any that are open or have cracked shells. 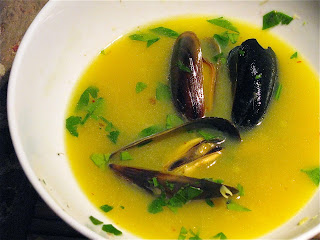 In a large pot, sauté diced onions or shallots with olive oil or butter. Moules marinière has shallots, butter, white wine, and fresh parsley, but you may also want to add some finely diced vegetables, such as bell peppers, chiles, fennel bulb, garlic, or tomato. When the onions are translucent, add liquid (an inch or so in the bottom of the pot). Dry white wine is traditional, but you could also try water, bottled clam juice, Pernod, or coconut milk. Saffron, Thai green curry, or fresh herbs are also delicious additions. Bring the liquid to a rapid simmer. Add the mussels. Cover, opening occasionally to stir. Mussels cook in just a few minutes. Remove from the heat and enjoy as soon as the shells have opened wide. For a decadent dish, you can reduce the wine broth and enrich it with cream. Do not overcook and do not eat any mussels that did not open. Serve in a shallow bowl with the broth and French fries or a crusty baguette.
Posted by Unknown at 6:41 PM

Email ThisBlogThis!Share to TwitterShare to FacebookShare to Pinterest
Labels: seafood