Are you a Dream Stomper or a Dream Supporter? 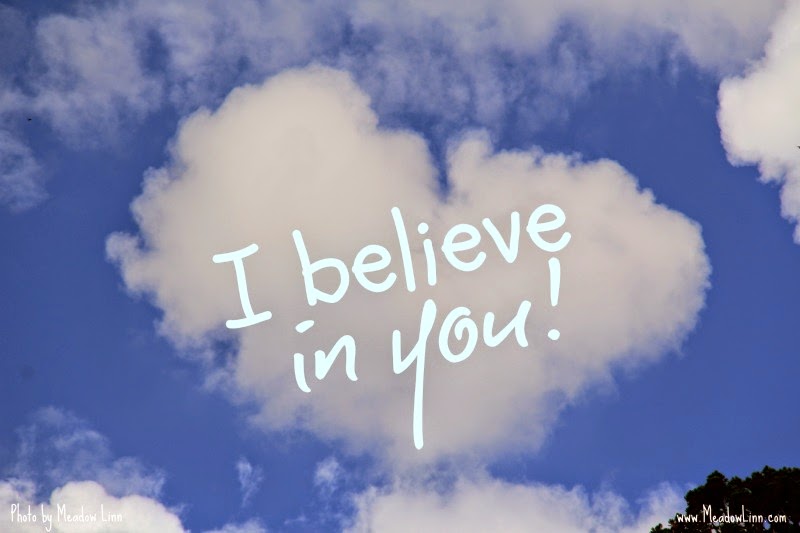 Do you have someone in your life that supports you no matter what? Does this person believe in your dreams, no matter how hair-brained they might seem? Or, is your life filled with Dream Stompers? These are the people who may think they have your best interest at heart but somehow have a way of quelling your enthusiasm and limiting your possibility.

I read an article recently in which the author said that when searching for your life purpose it’s important to find something at which you don’t mind failing, because likely there will be many failed attempts before you find success. Those who stomp on your dreams are often only trying to protect you from what could potentially end in failure; however, in most cases you have to be willing to tumble a few times before you soar. If a baby bird spent all of his time afraid to fall, he would never know the joys of flying out of the nest.

Just a couple days ago, pretty much out-of-the-blue, I got the idea that perhaps Asheville, North Carolina will be my next town. 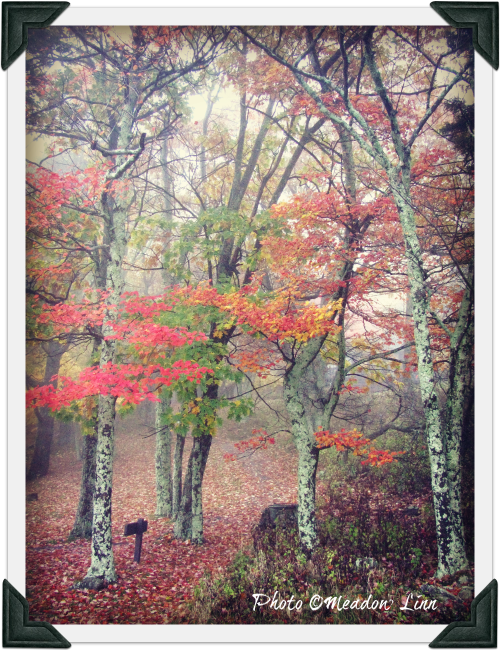 Let me back up a little bit. I moved to the Central Coast of California five years ago because my parents were here. However, they’ve recently purchased acreage in Northern California and are planning to move there in the spring. People frequently ask me what I’ll do when my parents move. My response has always been that I’m waiting to see which way the wind will blow.

Since I hadn’t planned to think about whether I would move and where I would go until at least March, I was surprised by this inkling intuition about Asheville, which I owe surprisingly to a novel set near there.

Picking up and moving to North Carolina seems rather crazy…With the exception of a week on the Outer Banks in college I’ve spent no time in the South. I’ve never been to Asheville, and I don’t know a single person there.

However, when I mentioned this to my mom, who is my Dream Supporter, she didn’t say, “Are you crazy?” Instead, she said, “What a great idea! Why don’t you go check it out.” So, even though I usually like to spend a long time weighing options before making decisions, within two days of having this intuition, I’d already booked a flight.

As a Dream Supporter, my mom didn’t question how financially feasible or potentially challenging it could be to pick up and move to a city where I have no friends or connections. Instead, she’s been staying up late at night with me looking at real estate listings, just for the heck of it. I’m not currently in a position to purchase a home, but I already know that. A Dream Supporter doesn’t need to tell you all the things that could be impediments. Instead, they help you envision potential. 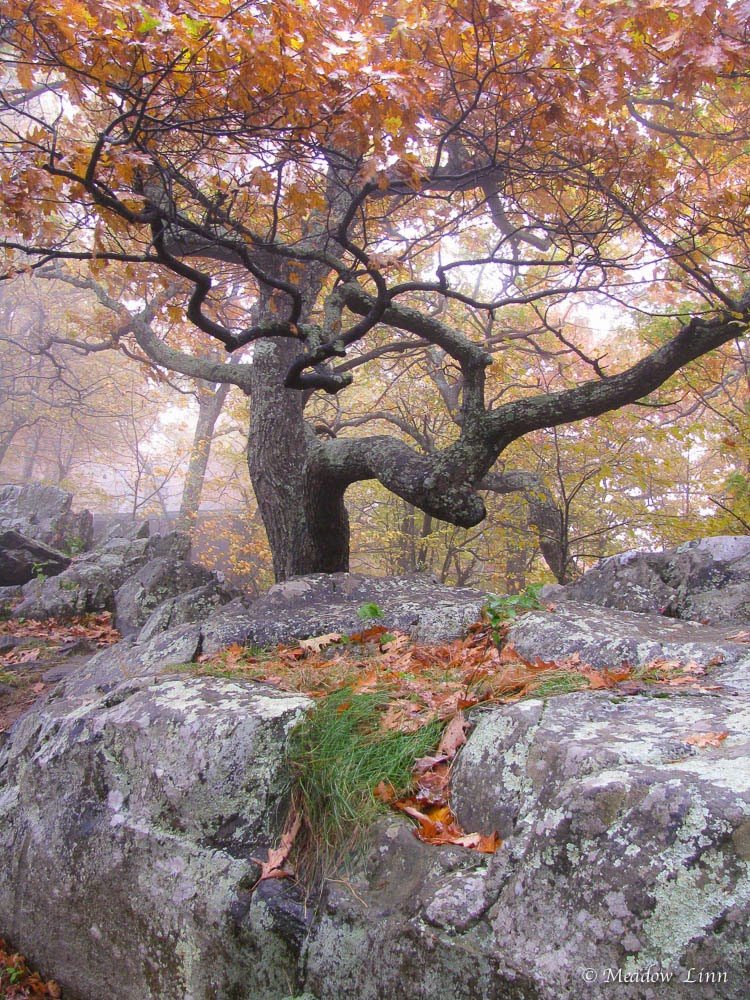 When I said, “There are a lot of Bed and Breakfasts in that area. I think I would make a good innkeeper,” she didn’t say, “Running an inn is a lot of work.” Or “Where would you find the money to buy a Bed and Breakfast?” Instead, she said, “You’d be great at that! You could organize tours, host workshops, and offer cooking classes.” Although this sounds intriguing to me now, I’m not even certain this would ultimately be the right path for me, but why stomp on the idea before I have a chance to explore it. Her enthusiasm allows me to be even more creative as I brainstorm and envision what my future steps might be.

A Dream Supporter helps you live in the realm of possibility. A Dream Stomper, no matter how well intentioned, squashes potential before it even has a chance to grow. I already know that the idea of moving to a place I’ve never visited is crazy, somewhat irrational, and currently makes no financial or social sense. However, it’s not necessary to have someone tell me that. Those thoughts are already present in my mind. If it’s not meant to be, I will discover that in due time. So, why not spend hours the time being pouring over real estate listings and daydreaming about a possible adventure?

It’s your choice. Do you want to want to live in the realm of possibility where you might fail, or live in the realm of practicality where you might not spread your wings to their full capacity? If it’s the former, as much as possible surround yourself with people who uplift you and support you. Sometimes we can’t avoid the occasional Dream Stomper because they are related to you, but it only takes one Dream Supporter to make a difference. Here’s a little-known secret…One of the best ways to have a Dream Supporter in your life is to be a Dream Supporter for others. The more you support others the more support there will be for you. Here’s to soaring! 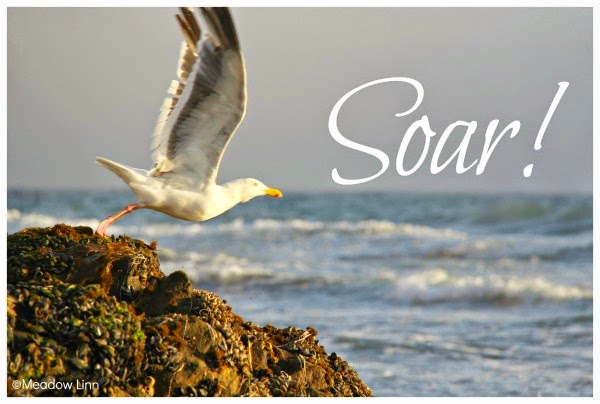 Although I’m very excited to see if Asheville could possibly be my next home, I think I’m most looking forward to seeing the fall color. The photos I’ve seen of the Blue Ridge Parkway and the Great Smoky Mountains in autumn look amazing!!! Autumn to me means...colorful leaves, crisp air, longer shadows, apple picking, and an abundance of warm and comforting foods. And, of course, it wouldn’t be autumn without pumpkin spiced pancakes! This version is not only totally scrumptious, but also it’s gluten-free and dairy-free. 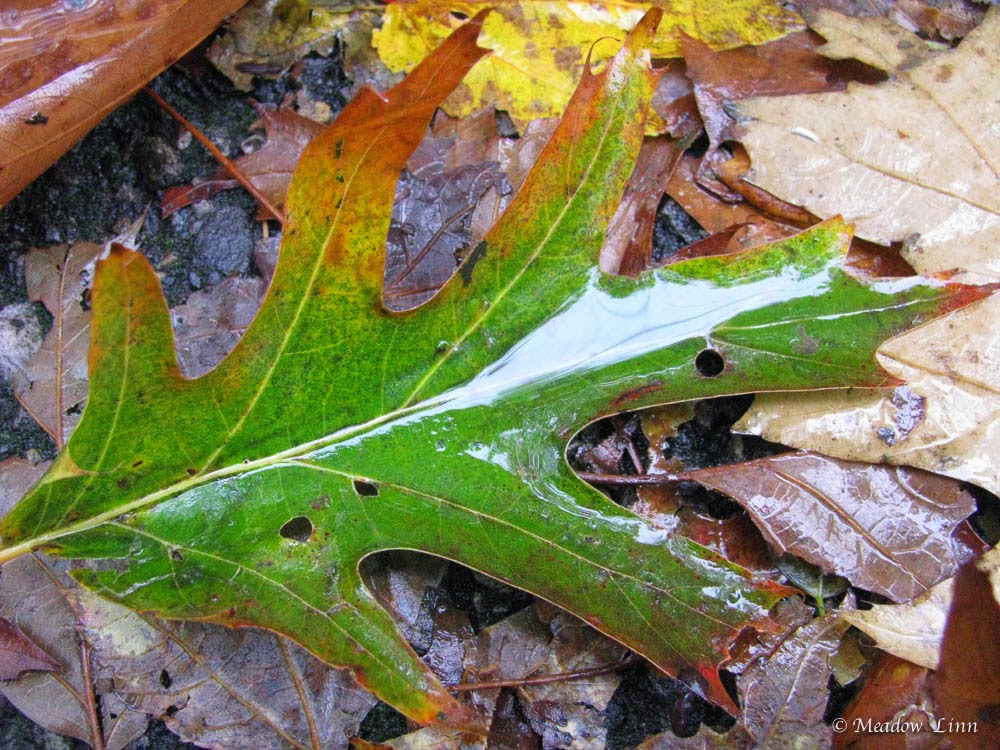 *The one I use is a blend of brown rice flour, tapioca flour, and potato starch
** I use Natural Value, which has a high fat content, so I have not added oil to the batter. If, however, your pancakes stick to the pan, add more coconut oil to the griddle and/or a bit to the batter.

In a large bowl, combine the flour, baking powder, salt, spices, and coconut sugar. Set aside.

In a medium bowl, whisk the pumpkin, coconut milk, and eggs together. Pour this into the bowl with the dry ingredients and stir to combine.

Melt a bit of coconut oil in a medium pan or griddle or medium heat. Using a ladle or large spoon, pour enough batter onto the griddle to make a four inch pancake. Cook until the bottom is golden brown and the top is covered in bubbles, flip and cook for a few minutes more on the other side. Repeat. Enjoy with maple syrup. 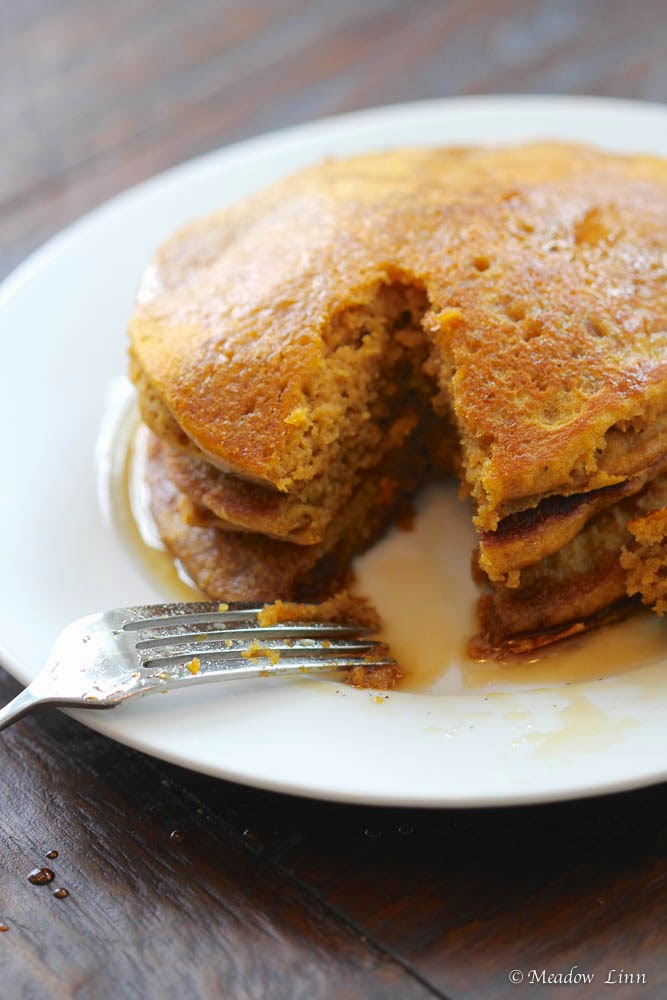